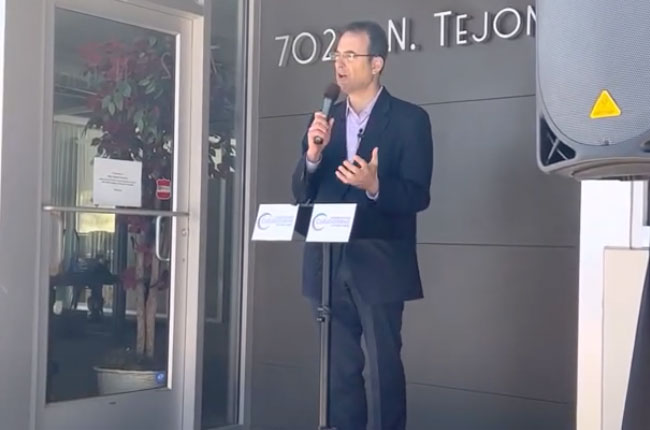 (COLORADO SPRINGS, CO) March 8th, 2022 – Attorney General Phil Weiser was in Colorado Springs today to address the community regarding the high rates of suicide in El Paso County and announce his support of the Community Suicide Prevention and Response Plan. This plan was developed by the Suicide Prevention Collaborative of El Paso County (the Collaborative), a project of Community Health Partnership (CHP), and includes evidenced-based strategies to reduce the rate of suicide such as lethal means safety, connectedness, safer suicide care, education and awareness, and postvention.

From 2015 – 2020, El Paso County recorded more total deaths by suicide than other counties in Colorado. According to the Healthy Kids Colorado Survey, the state’s widely administered survey on the health and well-being of middle and high school students, high school students in El Paso County report experiencing poor mental health outcomes at higher rates than their peers across the state. In each category, LGBTQIA2+ youth and youth of color were more likely to experience these outcomes then their heterosexual or white peers. In addition to young people, data shows that veterans, older adults, LGBTQIA2+ individuals of all ages, and middle-aged men in our community are at significant risk for deaths by suicide.

“Suicide prevention is everyone’s business, and we must work together to develop effective strategies to address this crisis,” Weiser said. “Today’s announcement from the Collaborative is an important step toward saving the lives of some of our communities’ most vulnerable residents. Colorado is at our best when we are working together, and together we can reduce deaths by suicide in El Paso County and throughout our state.”

One of the strongest arms of prevention is an informed public that is committed to acting. These calls to action include:

“’Suicide Prevention is Everyone’s Business,’ is not just a tag line, it is a reality. I am grateful to have Attorney General Weiser, a leader in our state, take action today and I hope other leaders will take note and that this inspires others to take action. To see more employers offering suicide prevention training, schools having suicide prevention plans that follow best practices, and media partners engaging in safe messaging are a few things we hope to see in the near future”, said Cass Walton, Executive Director of Pikes Peak Suicide Prevention Partnership.

About CHP
CHP exists to improve the health of the Pikes Peak region. CHP believes that our community is stronger together and serves as the “backbone” organization in a collective impact approach, which allows us to convene and act to improve community health.mCHP has served as the backbone for the Collaborative since its inception in January 2020.

About the Suicide Prevention Collaborative of El Paso County
The Collaborative is an alliance of organizations and community leaders that have a collective purpose to design, organize, resource, and coordinate the implementation and maintenance of a unified strategy using the Colorado-National Collaborative (CNC) framework. The goal is to reduce suicide deaths in El Paso County by 20% by the year 2024. 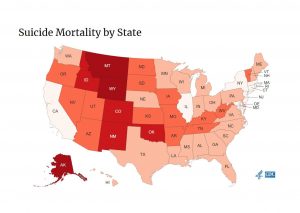 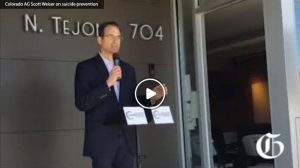 Suicide prevention in El Paso County moves to next level, calling on everyone to help reduce deaths